Jonathan has worked in Edinburgh for 38 years and before that in London. People visit him from all over the world. 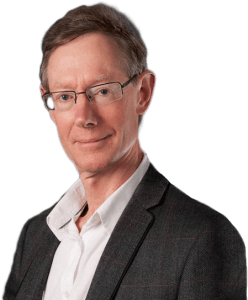 Jonathan Clogstoun-Willmott worked in the London clinic run by Dr Mary Austin for years, with patients from all walks of life.  To improve his clinical results he then spent 6 months in China in Nanjing studying how Chinese medicine is used in practice. He still has the pulse cushion he used in the hospital where he worked!

He moved to Edinburgh in 1982 to set up the Edinburgh Natural Health Centre where he has worked ever since.

Some patients have been coming to see him for over 35 years, now bringing their children and in a few cases their grandchildren.

When treating patients with acupuncture, he usually explained what he was doing, and why. Often he left the patient to relax while the treatment took effect. When he returned, they would ask him to repeat what he’d said earlier, and sometimes they asked him to email them a summary of what he’d said.

For what happened next, see below under ‘Birth of this Website’!

He trained and qualified (MABP) in the principles of bio-energy.
He studied homoeopathy at the College of Homeopathy (LCH, MCH) and, with Jeremy Sherr, at the Dynamis School for Advanced Homoeopathic Studies (PCH). He also trained at the Northern College of Acupuncture, (DipCHM) and at the European College of Bowen Studies (CertECBS).

He has also trained in and practised various other therapies including Massage, Reflexology, and Shiatsu… and continues to attend courses on a range of therapies and techniques.

In recent years he has incorporated Japanese Matsumoto-style acupuncture into his practice with great results. This, together with Unified Acupuncture theory has enabled him to treat many problems he had difficulty with before.

Jonathan has also given lectures and talks on Chinese Medicine, Homeopathy, Diet and Disease at the Edinburgh Science Festival and throughout Scotland.

As a member of the British Acupuncture Council (BAcC) Jonathan Clogstoun-Willmott was the first Regional Co-ordinator for Edinburgh and South-East Scotland, 2000–2006.

Starting in April 2014 he again became Coordinator for the Region.

In 2016 he was also joint-‘professional development lead’ for the BAcC for the North of England and Scotland.

Jonathan Clogstoun-Willmott was a founder member of the Scottish Association for Professional Homeopaths (RSAPH) which, like the Society of Homeopaths, (of which he was formerly a member) has strict criteria and an onerous process for registration, requiring evidence of experience, continuing professional development, and a realistic ability to practise. Jonathan is currently Chair of the Association.

Many people consult Jonathan for homoeopathic treatment. He finds that a knowledge of Chinese medicine enormously enhances his understanding of homeopathic medicine, and vice versa.

He studied Chinese herbal medicine at courses run by Ted Kaptchuk and Giovanni Maciocia in London in the 1980s.

He also did the course in Chinese Herbal medicine run by the Northern College of Acupuncture in York, England, graduating (DipCHM) in 2003. His knowledge of Chinese medicine enables him to explain health and illness to patients and to write this website.

Good nutrition is vital for health. Jonathan lectured on this for 25 years, explaining food not only from its scientific basis but from the energetic perspective derived from Chinese medicine.

Until 2007 Jonathan Clogstoun-Willmott represented Age Concern Scotland on Foodaware, the Consumers’ Food Group, which was set up to coordinate the broad UK consumer movement’s work on food safety, nutrition and standards.

Its mission was to give UK consumers a strong voice on food policy by bringing together the organisations that represent them.

It also consulted and supported the UK consumer representatives on food related committees and furthered the public understanding of science.

Pilot Studies with the Faculty of Medicine, Edinburgh University

From 2004 – 2007 he assisted Edinburgh University Faculty of Medicine in pilot modules for third and fourth year medical students who were interested in observing complementary medicine in action.

Emails to patients explaining the details of every treatment turned out to be very time-consuming!

Eventually, the penny dropped and he started putting down on this website explanations for how Chinese medicine explains many modern health problems.

As time went by, some of the pages he’d written became very popular. From the pages most visited Jonathan Clogstoun-Willmott was able to see which subjects were most interesting.

From that came various books which readers seemed to like.

People visit this website from all over the world, many thousands of them. He receives enquiries on health matters regularly, and does his best to reply to them. People consult him in person at his clinic in Edinburgh but also by telephone or video from anywhere, (though not yet from Space).

He also gives talks and lectures.

He still writes: there’s usually a book on the go! Podcasts of them are planned and more short videos too.