Learn the benefits of cold showers! Who should and shouldn’t take them, when it’s beneficial to get under the cold water, and best practice.
Jonathan Clogstoun-Willmott

Benefits of Cold Showers and Baths

Cold Showers?! You don’t have to be a Samurai or Keep-Fit warrior!

Men: once women understand the benefits, many get into the habit and love it! It’s really not that hard to begin.

Women: men have been doing this for centuries, so why not you?

From the Chinese medical point of view –

What Scientific Evidence is there for Cold Shower Benefits?

If what you’re looking for is modern scientific research, click on cold shower evidence then come back here for the Chinese medicine theory and advice.

For health, your body strives to maintain balance between Yin and Yang. At almost every moment, one or other predominates.

For example, if you are talking to a friend, you are displaying more Yang energy than he is. When he talks and you listen, you are more Yin and he is more Yang: you are receptive and he is active.

In your own body, your body is

Compare Cold Showers with what happens in a warm bath!

Conversely, in cold showers, you shiver, the pores of your skin close up and you tend to contract muscles. Here your body exerts energy (Qi) to keep you warm, specifically Yang Qi.

You may notice that, save in exceptional situations, after a warm shower or bath lasting more than a few seconds, you will feel less energetic. Your body has to work quite hard to cool you down.

That’s why a warm bath before bedtime helps you to become soporific and, from the point of yin and yang, it temporarily warms you up – more yang – but gets your yin energy going to cool you.

As you get into bed, this yin energy is ‘motoring’ and helps lower your yang to calm your mind and body and thereby ‘subdue’ yang to the point where you easily fall asleep.

Similarly, if in hot weather you turn on your car’s air-conditioning, in small cars you can hear the engine labouring. It certainly uses up fuel faster with the air-conditioning turned on, and it’s the same with your body in a long, hot bath.

(Similarly, swimming fast in a warm swimming pool is very tiring because your body also has to work hard to cool you down, using your energy faster.)

What about in Cold Weather?

In cold weather, your car’s engine doesn’t use up much extra fuel, because the heat it generates anyway is simply diverted into the cabin instead of being cooled in the radiator: less fuel is needed.

So here’s the result. Cooling you down uses more fuel than warming you up. Both require Qi which the body finds from its own resources, but in or after heat you feel more tired than in cold.

Of course, I’m not talking about very long exposure to cold, which exceeds your ability to maintain warmth and ultimately might kill you, but about short controlled bursts of cold exposure.

If you have been exposed to cold for some time and have lost core temperature, you will feel slow and stiff until you can be warmed again, in a bath or in the sun. That’s not the situation I’m talking about here.

In cold showers – and baths – which are short bursts of cold, your body produces more Yang.

‘Wei’ Qi, the kind of Yang Qi that seems closest to the Western scientific concept of Immune Function, is boosted if your Yang Qi is increased.

This is a bit like irritating someone to react. Depending on their parents’ self-discipline small children quickly discover how this works to their benefit or cost: the child makes a noise and someone comes to check he’s all right. He asks the same question again and again until he gets a reaction.

Our bodies are the same. Give them a stimulus and they react. A small stimulus produces a good reaction. A huge stimulus can kill.

For example, if in the dead of a winter’s night you are snatched from your bed and dropped into the freezing Arctic sea wearing little or nothing, you will survive for hardly a minute. Then you’re dead.

However, if after a good night’s sleep you are still slow and sleepy, splash your face with cold water and you will quickly wake up. 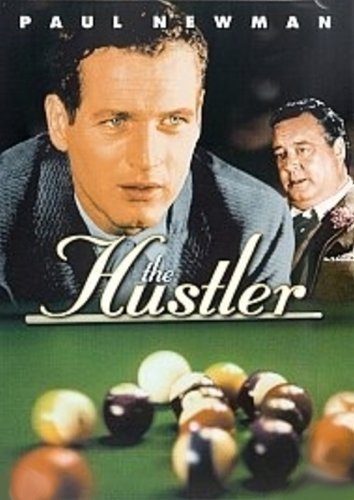 Remember “The Hustler”, where Paul Newman played a small-time pool player? He learned to keep awake and alert by splashing his face with cold water rather than drinking alcohol.

This is a demonstration of an old observation, almost a ‘law’, that small stimuli benefit, but huge stimuli destroy.

Another example: a bash on your head with a mallet might be the end of you. A slap on your face provokes you.

If you wonder what the result of a cold shower or bath is, the result is this:

Here’s another advantage! – Whereas emerging from a warm shower or bath into a cool bathroom or bedroom makes you feel cold, you won’t notice it when you get out of a cold shower. In fact, often the cool air feels warm!

Long-term, the scientific evidence supports the contention of people who take cold showers regularly that their circulation improves and they get ill less often. Also, they feel more positive.

Yang Qi can be stimulated, as described. A slap on the face, an irritating jibe at you, an insect bite … all provoke a Yang response of one kind or another.

But a dose of Yin does it too and, unlike a slap, a jibe or a bite, which can all be disturbing, cold showers just leave you feeling great!

A Right way and a Wrong way to take Cold Showers

The correct way to take a cold shower, if you are new to this, is as follows.

1. Have a warm shower, as normal. Use your normal shampoo/soap and clean yourself as you usually do, washing off the soap afterwards with warm water. If you wash you hair too, even better.

2. First, bend your legs slightly. Then you’ll be able to bounce up and down as you start doing what I call the ‘bellows’ breath. This means you start taking deep breaths, in and out, as fast as you can. Doesn’t matter if it’s through your nose or your mouth, use both by all means, though nose-breathing is harder but thought to be better. But generate a bit of energy as you do it, so do it fast and vigorously. Anyone standing outside the bathroom should be able to hear you! This process generates Yang Qi and, if you continued it for long, it would be tiring.

3. But you’re not going to do it for long! – Because as you do it you turn the shower half-way to cold. (Personally, I think it’s even better turned all the way to as cold as possible, but if you’re reading this in winter and your cold water is near freezing, that might be a bit of a shock! So, beginners, turn it to cool, not cold. Later, be braver!)

4. As you turn the temperature down, turn your back so the water plays directly onto the top of your spine, between your shoulders, just below your neck. You’re aiming for the first of your thoracic vertebrae if you want to be exact but don’t worry too much exactly where as long as it’s at the top of your back. If you washed your hair, train the water first on the highest point on your scalp as you stand upright though I prefer to start with my upper back before going to my scalp.

6. If you started on your scalp, after say ten seconds there, let the water play next on your upper back for 10 seconds (probably about 10 quick pumps of the lungs.)

9. Only then turn round and transfer the shower first to your  upper chest, just under your neck at the front. Ten seconds.

10. Finally, train the water onto your lower chest and abdomen and genital area – ten seconds before quickly again on your upper back for a final few seconds.

11. Then turn the water off and return to normal breathing.

12. Feel the glow! Rub yourself down vigorously including your hair. (Over time, if you are brave enough, you’ll find drying your hair with a towel produces better-looking hair than with a hair-drier. However, you can’t shape your hair so well this way.) Get dressed and enjoy a day with more spring in your step than coffee could ever give you.

13. I’ve said 10 seconds everywhere, but the first few times, by all means make it 5 (five) seconds in each place.

A small tip: will save recriminations from the unenlightened…

After you turn off the shower, return the water temperature level to where you found it – probably warm or hot.

Otherwise the next user may wish to discuss the matter with you, possibly assertively.

What next for your Cold Showers? 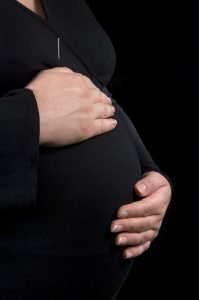 Why take Cold Showers this way?

The reason for taking cold showers as explained is that this method concentrates on building Yang energy in your body. That Yang energy makes you better at responding to all sorts of stimuli, nice and nasty.

What if you are Yin Deficient?

If you are Yang deficient, obviously this regime is excellent because it boosts Yang.

But if you are Yin deficient, won’t increasing Yang make your condition worse?

Answer No. Because you need Yang to create Yin, and doing this helps whizz your Yang energy around your body, encouraging it to get balanced again.

The benefit here comes in the hours after the shower, not so much during it, although being Yin deficient you probably feel slightly warmer than usual so the cool water can feel pleasant.

However, Yin deficient people should start with shorter intervals: not 10 seconds in each place but just 2 or 3 seconds.

And stay with cool showers for longer before venturing to cold.

What Else and What about Cold Baths?

Swimming is a great sport, and helps millions of people enjoy their bodies and keep fit.

But too long in wet conditions, hot or cold, (or even just sitting too long in a wet bathing costume) can produce a syndrome in Chinese medicine called DAMP.

Nobody wants Damp. Look it up!

From this page on Cold Showers find out about the Scientific – and Anecdotal – Evidence for cold showers.

Trapped in static yin lockdown? How to reduce yin and use yang to alleviate misery! It’s your choice and your opportunity!

High blood pressure – hypertension: understand it with yin and yang to get the right treatment. Excess yang or deficient yin?

As source point Spleen 3 strengthens your Spleen so enhances your digestion, energy and Blood and helps to clear or disperse Damp.

Gallbladder 34, yanglingquan clears Damp-Heat and soothes and steadies the tendons. Great for many kinds of arthritis and aching wandering pains.

Spleen 9, yinlingquan, is a major point for conditions caused by Damp, so helps urinary problems, ascites, oedema and general swelling.